I recall numerous years ago running into a guy who was a lawyer and all he could talk about was how honest my father was.

It left an odd impression on me because I thought it was a strange comment to make. Of course, he was honest. Dad was a businessman, he was respected, respectful and yes, by God, he was honest. It was perhaps three years later when the same lawyer was charged with misappropriating client funds and was disbarred and I reflected on that chat.

I’m not sure my Dad would take a golf ball out of the woods, he was indeed honest. Honest with everyone and everything. Trust was something he held above all else. When his buddy took his 9 iron when they were in their late 70’s, and neither had many rounds left in them, Clayton refused to play another round with him.

We grew up in a household were trust was gospel, there was no lying about where you were, if you snuck a smoke or had a beer or someone dropped you off down the street when you weren’t allowed in anyone’s car. Penalties for those types of slips resulted in the belt being hung over the bedroom doorknob. Yup, it was a strict household but those were the times. Clayton served it up, there was no stone unturned when you screwed up and he gave you the unabashed version of your own actions. Now, we gently refer to it as ‘candor’.

Mom had her ‘candor’ too! In her late years, her disease impacted her filter and sometimes her words were unkind but for most of her life, we enjoyed her gentle candor. Mom was the one to tell the lady her slip was showing, or she had a run in her pantyhose or that she hated her hairstyle to the young one doing her hair. But, I confess, I always laughed when we would watch the news and some poor bugger was about to set sail for England in an oil barrel – Mom would be grief-stricken; “Judy, it’s just so sad”, she’d say. “He has no friends! If he had any, they would tell him he’s crazy.”

My Mom and Dad are long gone but I think I inherited their ‘honesty and their candor’. I was so relieved when I read Jack Welch’s book calling, “Winning’ where he said his dirtiest little business secret was candor – phew! Although sometimes it makes people squirm, that candor has served me well. I am lucky enough to have a group of women that I hang with once a month and we candidly share everything, I am so blessed to have a group where I can be 100% honest, authentic and candid!

So honestly speaking, what aren’t you saying? Can you really call yourself a friend if you nod mindlessly and not say anything while your ‘word bubble’ says, you’re nuts? 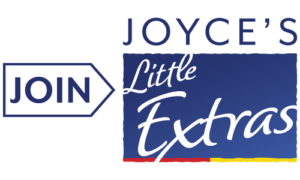