The day after their eldest child Susan was married, Clayton and Joyce Sparkes left St. John’s for Gander, Newfoundland together with their three other children Steve, Bruce and Judy. Judy remembers driving away from her childhood home, her head on her mother’s lap, and feeling her mother’s tears hitting her face. It was 1970.

The Sparkes were venturing into the unknown, giving up their successful wholesale meat business and the life they had known for the uncertainty of running hotels. It was the start of a long, arduous, but ultimately rewarding journey that has led to Steve, Bruce and Judy calling the hospitality industry home, while their sister Susan pursued a different career path. Theirs is a story of perseverance and unwavering commitment to private entrepreneurship as successful second generation hoteliers on the wonderfully unforgiving Island of Newfoundland.

As siblings and fellow business owners, Steve, Bruce and Judy take pride in their ongoing commitment to being Newfoundland hotel entrepreneurs.

“We’re in the hospitality business. This isn’t a real estate venture for us. We are very engaged in our company and we plan to keep it that way. As our beloved Mom & Dad used to say, “We are the family that takes care of the million little things. Why? Because we care. 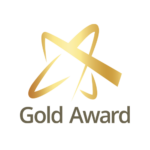 Three time Gold Hospitality Award winner and previously a finalist for the Canadian Hotel of the Year Award by Choice Hotels Canada. 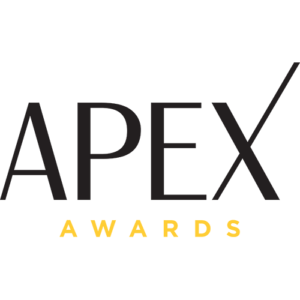 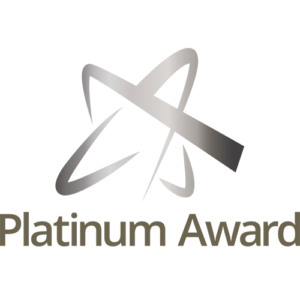 Recognized by Choice Hotels as a Platinum Award winner in 2015, it continues to be a top performing hotel in the Choice Hotels system today.

Judy Sparkes-Giannou became involved in the tourism industry of Newfoundland & Labrador over 25 years ago. Since then, her name has become synonymous with tourism provincially, regionally, and nationally. In her current role as Managing Director, she takes an active role in the growth and development of Clayton Hospitality’s award winning properties.

From 1998 to 2010, Judy was the president of Maxxim Vacations and she led the growth of this company to have it become Newfoundland and Labrador’s largest tour wholesaler and one of Atlantic Canada’s leading travel providers. This growth took place amidst the worst external influences the industry has ever seen.

Clayton Sparkes, Judy’s father, instilled in each of his children the need to serve both industry and community. Judy has served as president of the Hotel Association of NL, Vice Chair of the Hotel Association of Canada, and Chair of the NL Provincial Marketing Council. She was also a proud member of the steering committee that authored Vision 2020, a plan for tourism marketing and development in the Province.

Atlantic Business Magazine celebrated Judy as one of Atlantic Canada’s Top 50 CEO’s and Progress Magazine recognized her as one of the Top 25 people to watch in the Atlantic region. She is also a recipient of the President’s Award from the Newfoundland & Labrador Organization of Women Entrepreneurs (NLOWE).

Dedicating considerable time to mentoring young women in business, she is also Vice Chair of the Canadian Spondylitis Association and a founding member of the Newfoundland & Labrador Chapter of the Women Presidents’ Organization (WPO). Currently, she is the Chairperson of the Choice Hotels Franchisee Advisory Board for Canada.

Judy lives in St. John’s with her husband Scott; their son Jack is currently working hard toward his career aspirations by attending university abroad. You can always reach Judy via email: judy@claytonhospitality.com unless she’s busy preparing for her dinner guests. 🙂

Bruce graduated with Honours from the Hotel Administration program at Sheridan College in Brampton, Ontario, and was then employed by the Bristol Place Hotel. When the opportunity to return home presented itself, Bruce returned to Gander with his brother Steve to work with their father to run the Gander operations. The Gander hotels, at the time, were the 120-room Hotel Gander and a 60-room property called the Airport Inn (now the 79-room Comfort Inn Gander).

Within a very short period, the lure of expansion within the family business called, so Steve moved to St. John’s to manage the Travellers Inn. While Steve led the partner operation, the Hotel Gander became, after several renovations and a major expansion, the leading convention and meeting hotel outside of St. John’s.

Bruce has been very active in the Gander community and is currently the last Charter Member of the Gander Rotary Club, which started in 1997. He is a Paul Harris Fellow, Rotary’s highest award. He has been active as chairperson of the Gander Chamber of Commerce and was nominated for Citizen of the Year. He also served as a Director on the Gander International Airport Authority.

From the industry point of view, Bruce has been President of the Hotel/Motel Association, Chair of the Industry Association, Hospitality Newfoundland and Labrador, as well as chair of the Canada Select Accommodation Rating Council.

Bruce lives in Gander with his wife, Audrey. They have four children, Tonya, Lesley, Adam and Allison, plus four grandchildren. Bruce is an avid outdoorsman and is often found boating, hunting, snowmobiling and salmon fishing around Newfoundland.

You can reach Bruce via email: bruce@claytonhospitality.com when he’s not busy being a Poppy.

After growing up in St. John’s and Gander, Steve moved to Ontario to complete the Hotel and Restaurant Management Program at Niagara College, where he graduated with Honours. During his final year of the program, Steve took on a position as Assistant Manager of the Casa Carla Restaurant. After graduation, he was promoted to General Manager of the restaurant, allowing him to gain valuable knowledge and first-hand experience in human resources, purchasing, and management.

Steve was well poised to return to Newfoundland and take up an active role in the family business. After spending a year in Gander working with his father and brother, Steve moved to St. John’s to become the General Manager of the newly acquired Travellers Inn. Since taking control of the company in the early 80’s, Steve, along with his brother Bruce and sister Judy, has overseen four decades of growth and expansion in the family business.

Today, Steve oversees the corporate administration of Clayton Hospitality Inc. He has also held numerous positions in the tourism and hospitality industry, including serving as President of Hospitality Newfoundland and Labrador, President of the Hotel Association of Newfoundland and Labrador, Director of the Hotel Association of Canada, Director of the St. John’s Board of Trade, provincial industry representation to the Atlantic Canada Tourism Partnership, and Chair of St. John’s Sports and Entertainment. Most recently, Steve’s involvement with St. John’s Sports and Entertainment allowed him the opportunity to act as an integral part of the team responsible for the construction of the new St. John’s Convention Centre.

During his time off, Steve is an avid fisherman who loves a day on the bay. He currently lives in St. John’s with his wife Debbie and spends as much time as possible with their two children, Chris and Kim.

You can reach Steve via email: steve@claytonhospitality.com when he’s not gone fishing.

This seasoned hospitality professional takes great pride in our business and treats it as if it were his own. He is a fantastic coach and has coached 100’s of young people throughout his career. Working through the industry from a chicken cutter as his first job and now as General Manager, Cory brings his A game every day. Although he says he’s quiet, he thoroughly enjoys talking to customers and our team. Hardworking and passionate about the industry but Cory loves to play; snowmobiling, a game of softball and a ride on his ATV all run second place to his commitment to his wife and son.

Out of the fat and into the fire! Roberta, A Red Seal Chef turned Sales Person clearly likes to be in the middle of things and juggling priorities and pressure. Having three hotels with very diverse markets is right up her alley! Roberta uses her detail driven personality along with her straight up curiosity to build great rapport will all whom she encounters. With two full service restaurants in the fold, Roberta’ kitchen skills are often called upon and she adores the diversity enabling her to use all of her talents. But don’t be looking for a return call on Friday morning, because Roberta’s at The Gathering Place cooking lunch for 300 every week. Blessed with two talented daughters and a husband who makes her laugh and drives her crazy, Roberta, relaxes at the gym, hiking and of course cooking!

For over 20 years, Bill has had our backs! As the man in charge of the daily accounting functions, preparing financial statements and being our key IT man, Bill’s role is invaluable to our company. A graduate of the Business Management program at Keyin as well an IT Diploma from the Graduate Centre of Applied Technology, Bill has been involved in the purchase and sale of numerous businesses including Maxxim Vacations which is where we met in 1998. Although a man of few words, he is exceptionally observant and can often provide a clear and concise perspective which we value. Bill is a proud Newfoundlander and holds strong to his rural roots. He’s been married for 27 years and counting and has two fine young men who are his pride and joy. 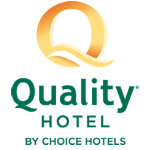 This lady has the “disease to please” and has been a valued member of our team for 18 years. Susan has worked her way through our hotels from sales to operations to management. She grew up in a family restaurant business so she was no stranger to putting guest satisfaction at the forefront. A keen eye for detail, a genuine interest in people and always lots of fun, Susan is well known in the industry! Family is most important to Susan, her Mom and many siblings and their children all contribute to the twinkle in her eyes! Susan loves a glass of wine and all things with four legs!

Karen is perhaps the most enthusiastic member of our management team. She is generally brimming over with good vibes which the customers and staff clearly see each and every day. This year marks Karen’s 25th year as GM of our Gander property. She is well known for taking care of the million little things and has been recognized many times as a leader in the Choice Hotels system. Karen is committed to both the community and the industry and has served on numerous Boards. Karen’s joy is now divided between a great and lengthy marriage, singing with her choir and spending time with her new grandchild as well as being Mom to two terrific young adults.